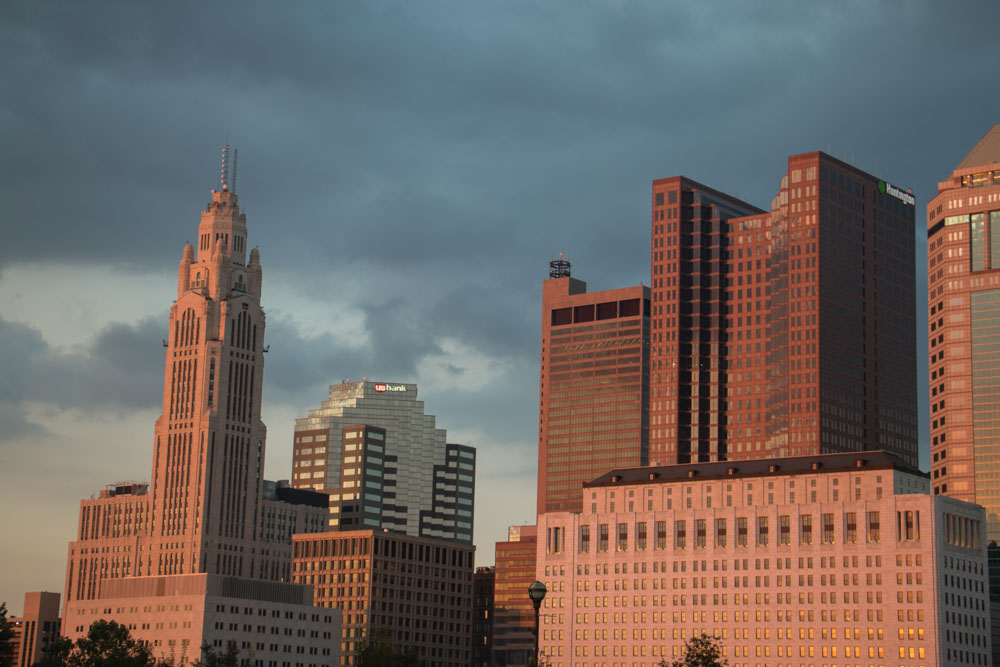 An Adventure Along The Columbus Ale Trail

I recently took a weekend to escape the hot humid summer here in Virginia and traveled over to the trendy city of Columbus, Ohio, to check out the booming craft brewery scene. It had been a busy few weeks for me so I was excited to relax, sip on some cold brews, and learn a bit about beer. 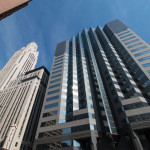 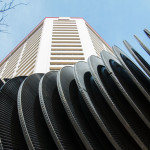 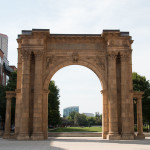 I hopped on a short flight from IAD to Port Columbus Airport and to my surprise, I received an upgrade to United first class. This doesn’t mean much on a commuter flight but sipping on hot tea under a comfortable blanket was a great start to my early morning adventure to Columbus. I arrived in the city around 9am and decided to walk around for a few hours before I could check into my Airbnb. 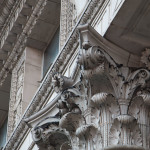 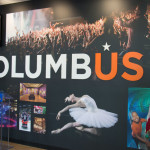 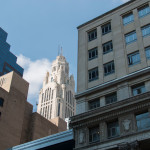 The city is surprisingly walkable and I found myself wandering down nice wide pedestrian paths that meandered around the river and through the downtown area. The entire time I was in awe of the jutting modern architecture that seemed to blend right in to the decades-old historic buildings that have become new homes to apartments, boutiques, trendy restaurants and art galleries. 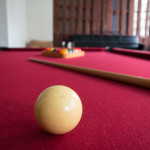 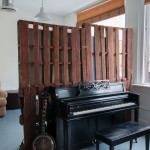 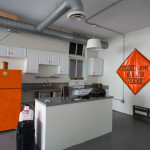 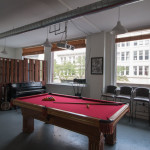 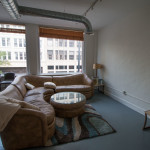 There are numerous hotels within downtown Columbus but I opted for a unique 1,500 sqft Airbnb next to Tip Top on East Gay street complete with a piano, pool table and projector. The ultimate bachelor-pad-esque apartment for my weekend of beer adventures.

At around 2pm I packed up my daypack, summoned an Uber, and headed out to try to visit as many breweries as I could for the day. I figured if I spent about 20 minutes at each brewery then I could easily visit about 20 breweries within a 24-hour period. However, I soon realized that this would be impossible for me. 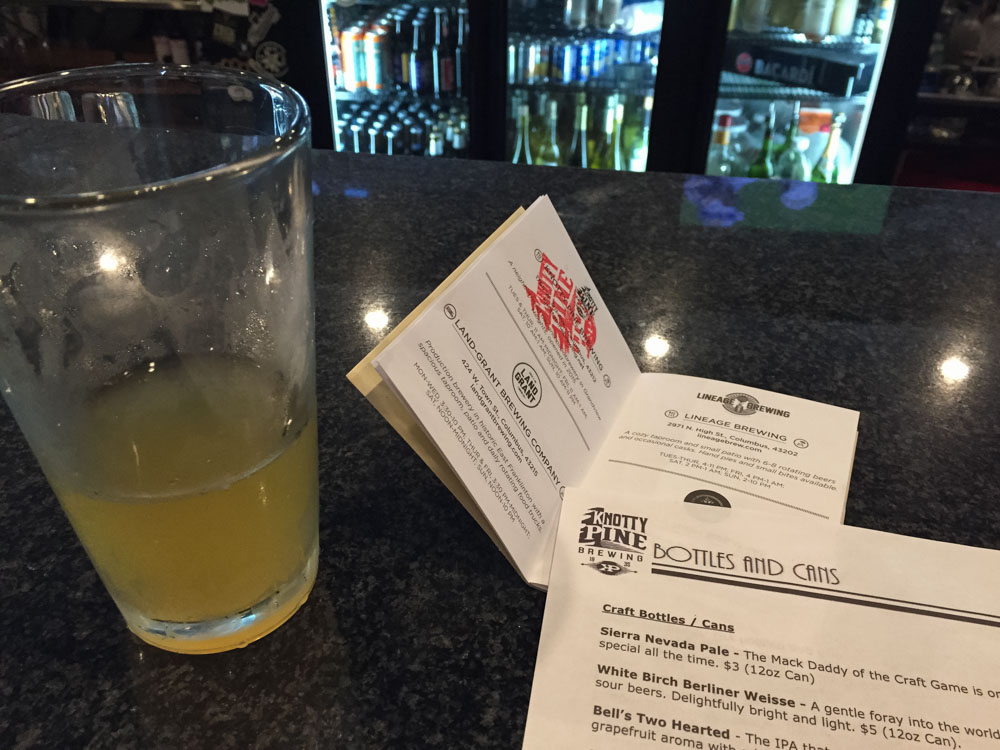 My first stop was Knotty Pine Brewing, I easily spent over an hour talking to the bartender and a few other patrons about local life and how much there is to do in Columbus. I picked up my Columbus Ale Trail book and added my first stamp for the day.

The Columbus Ale Trail is a collection of 25 local breweries. Pick up your “Brew Book” at any local brewery or at the city visitor center. You can try to visit as many breweries as you can during the calendar year to earn cool prizes. Getting four stamps in your Brew Book earns you a free pint glass and if you visit over twenty then you can redeem your book for a one-of-a-kind Columbus Ale Trail t-shirt. 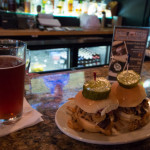 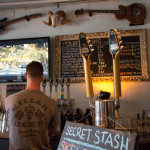 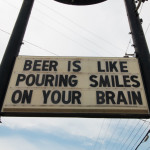 After another short Uber ride, I arrived at the Smokehouse Brewery where I experienced some of the best pulled pork sliders I’ve ever had and a very unique elderberry blended beer. Then I was off to Four String Brewing to sample their “killer beer” in an apocalyptic rock and roll themed tasting room. The IPA that I had there was one of my favorites on my trip. 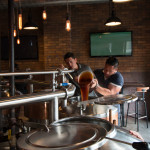 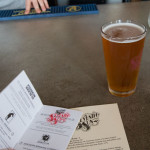 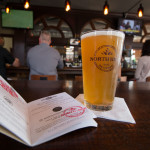 My next stop at North High Brewing was very interesting, as I learned firsthand about their unique brew on premise program where the public can learn the process, brew their own beer, and of course keep the results. I then traveled over to Gordon Biersch Brewery and Hofbrauhaus to check out their beers and pick up my stamps. These two are chain micro breweries unlike the other smaller craft breweries I visited. Next at Seventh Son Brewing Company, I chatted with some young couples about life in Columbus and enjoyed some delicious food truck cuisine.

By the time I left Seventh Son it was close to 9pm and I was hoping to fit in one more brewery before I called it a night. I called another Uber and luckily I was able to convince the nice fellow to drive me 45 minutes out to Buckeye Lake Brewery, wait for half an hour and drive me all the way back to my apartment downtown. 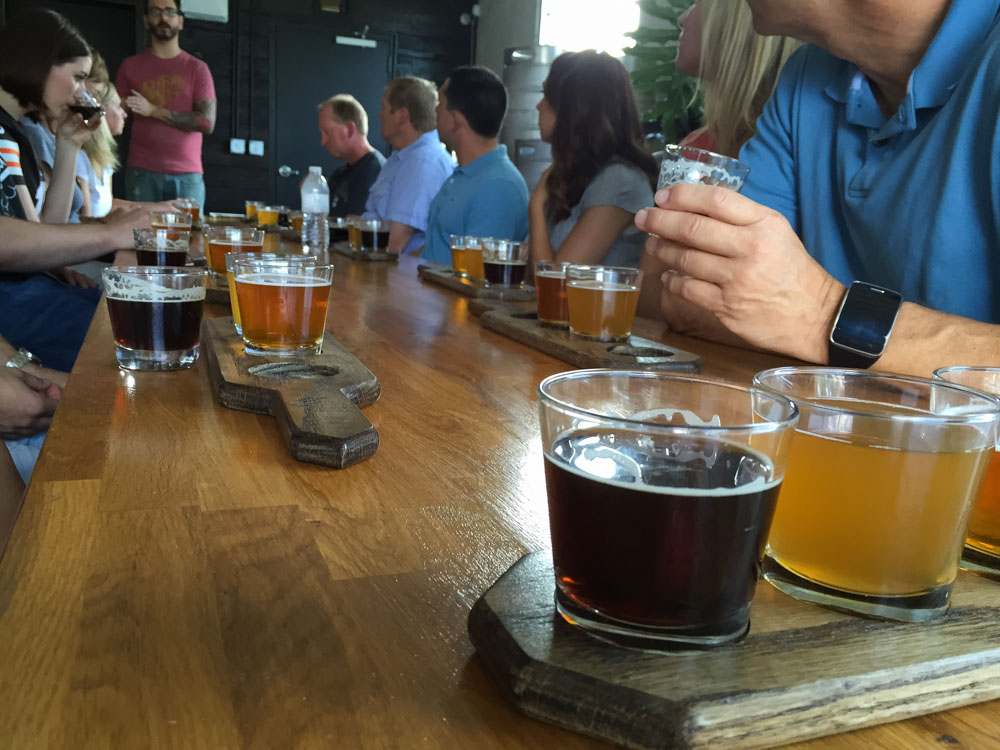 The next day I started off early on a brewery tour with Columbus Brew Adventures to get the inside scoop on the Columbus brewery scene and to get a few more stamps in my Columbus Ale Trail Book. My tour guide, Jim Ellison, was extremely engaging and was very knowledgeable about the history of Columbus brewing and the unique stories of the various local breweries. Jim is also a well know local food blogger and is a wealth of knowledge on what to do during your visit to Columbus.

The brewery tour took us to Columbus Brewing Company, North High Brewing, Seventh Son Brewing Company and Barley’s Brewing Company. We were able to sample some great beers and speak to the owners about their inspiration for creating their brewery.

We learned a lot about how the water quality and mineral content were important contributing factors to the taste of the beer. We were also able to to sample different malts (grains) with light and dark Lovibond colors and learn how the different Lovibond rating affected the color and final taste of the brew. It was a very interesting experience and provided great insight into the brewing process and the different ingredients that go into creating your favorite brews. 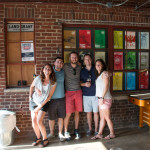 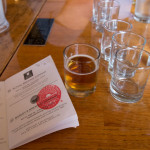 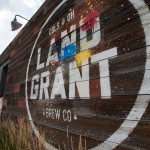 The tour lasted half a day and besides having the opportunity to try some great beer, I also was able to meet some great people too. After the tour I ended up heading over to Elevator Brewing Company with two couples from my tour. We then hopped over to Land Grant Brewing Company to try a few more in order to attempt to complete my quest to visit twenty breweries during my stay. 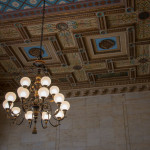 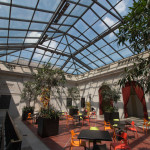 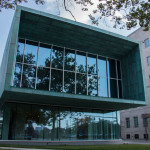 On my final day in Columbus, I grabbed a great brunch at Tip Top and then headed over to the Columbus Museum of Art to check out the local galleries. The  museum is small but contained some unique exhibits and calming common spaces. A second wing of the museum is expected to open in the fall.

I then grabbed a quick lunch at The Hills Market and talked with some local business owners about how Columbus is an emerging fashion and arts hub. 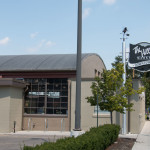 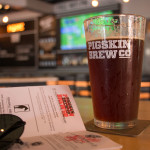 I ended my visit to Columbus with my final brewery visit (stop number 14) at Pig Skin Brewery before hopping on a plane back to Virginia.

There are many reasons that you have to visit columbus including the trendy boutiques, art galleries and delicious brews! I only had two and a half days to visit and I was barely able to squeeze in fourteen breweries with an agenda, but you could easily spend weeks visiting all the breweries and bars in the city. Columbus is the perfect city for a fun weekend getaway or longer vacation to take in the arts, shopping, and of course to take a ride down the Columbus Ale Trail.

This is a sponsored conversation written by me on behalf of LifeInCbus via RhythmOne. The opinions and text are all mine.