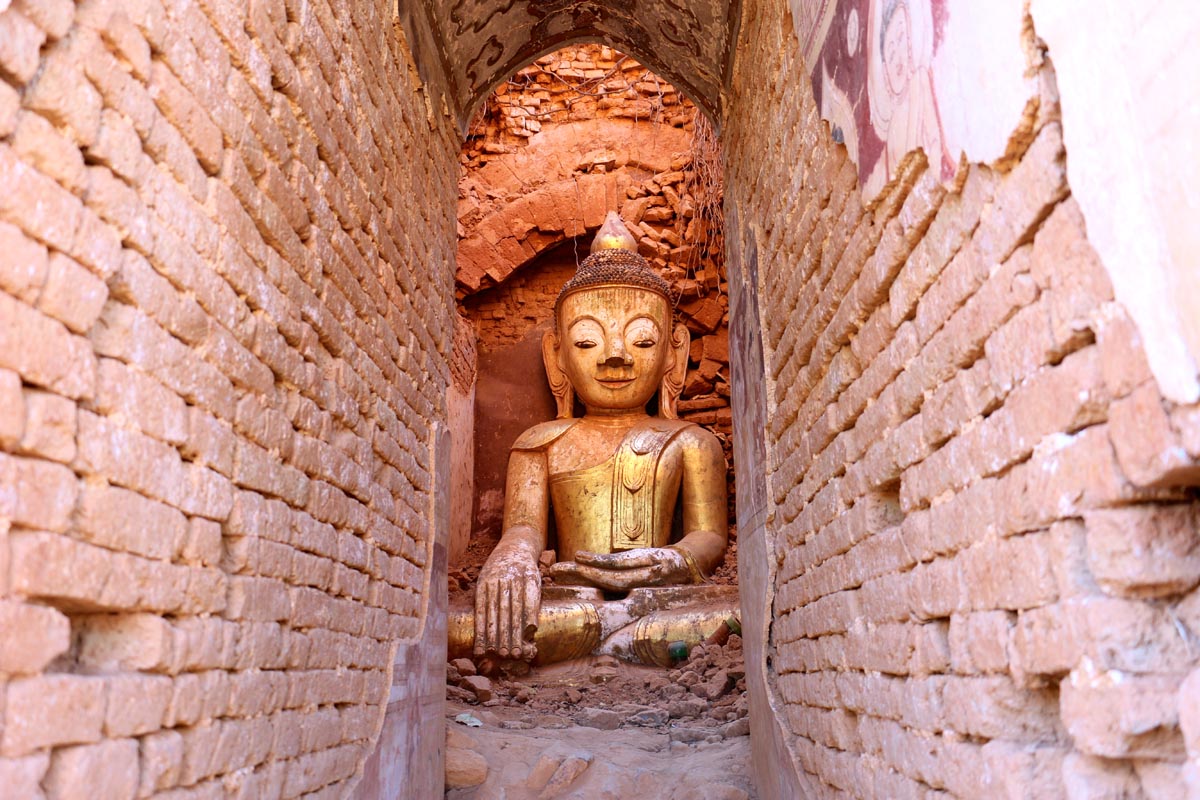 Images of Buddhism in Myanmar

The most famous photographs of Bagan are of hot air balloons rising over the temples at dawn, but the really spectacular images are the ones that have been there for thousands of years in the cracked and faded paintings inside the ancient pagodas, and in the form of Buddhas sculpted centuries ago. Images of Buddhism in Myanmar that are often repeated include images of Buddha’s past lives, his birth and his enlightenment. 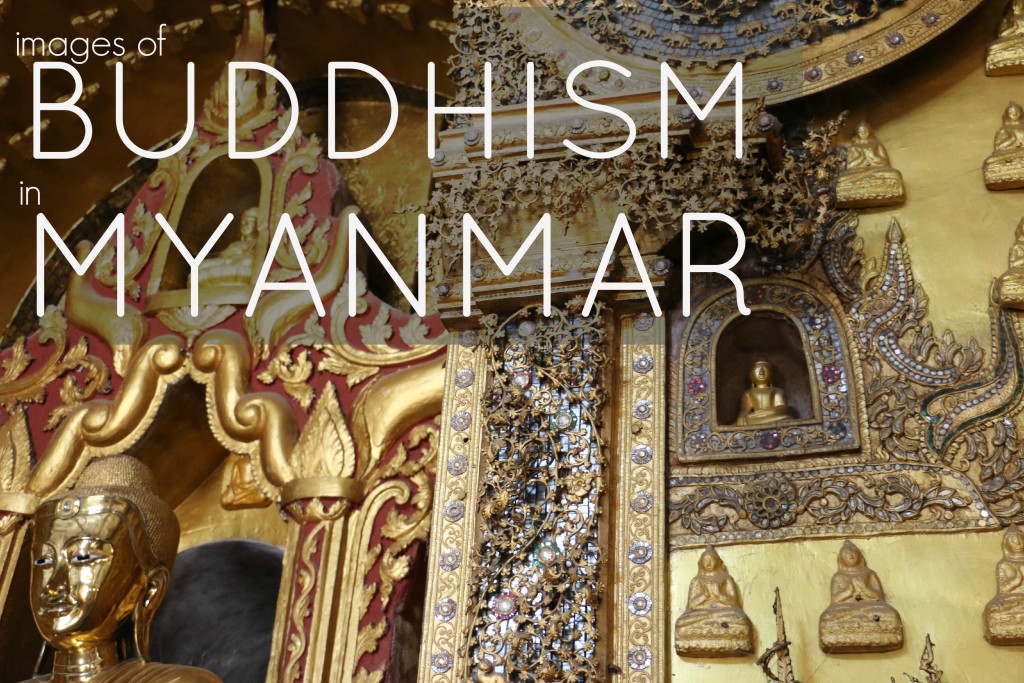 Almost 90% of the country practices Buddhism, making it one of the most important aspects of the country’s culture. Myanmar Buddhism is a mix of Indian and Chinese Buddhism with Hindu and animist influences. One of the most notable differences from Buddhist temples in Thailand is the inclusion of Hindu gods like Ganesh and the presence of Nats at most sites.

Nats are spirits derived from pagan practices that serve as guardians of the temples. There are many spirits, but some of the most common are responsible for things like fertility, protection during long voyages, beauty and even success during job interviews. The people of Myanmar often pray to these spirits for luck in these specific areas and make offerings in the form of the usual flowers, water and fruit. Along with the usual, some of the spirits have specific tastes like green bananas or even cigarettes and beer. 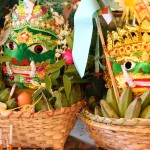 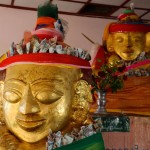 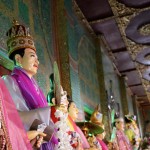 The Ogress was one we saw on many occasions. There was often a line of lit cigarettes stuck upright in sand or candle holders at her feet amongst the piles of green coconuts and bananas (her favorites). This spirit is responsible for protecting seamen. Locals will also pray to her before job interviews. One reason the ogress appears so often is that in one of his past lives, Buddha’s mother was an ogress. As the story goes, an ogress is a mythical creature that can disguise itself as a woman. 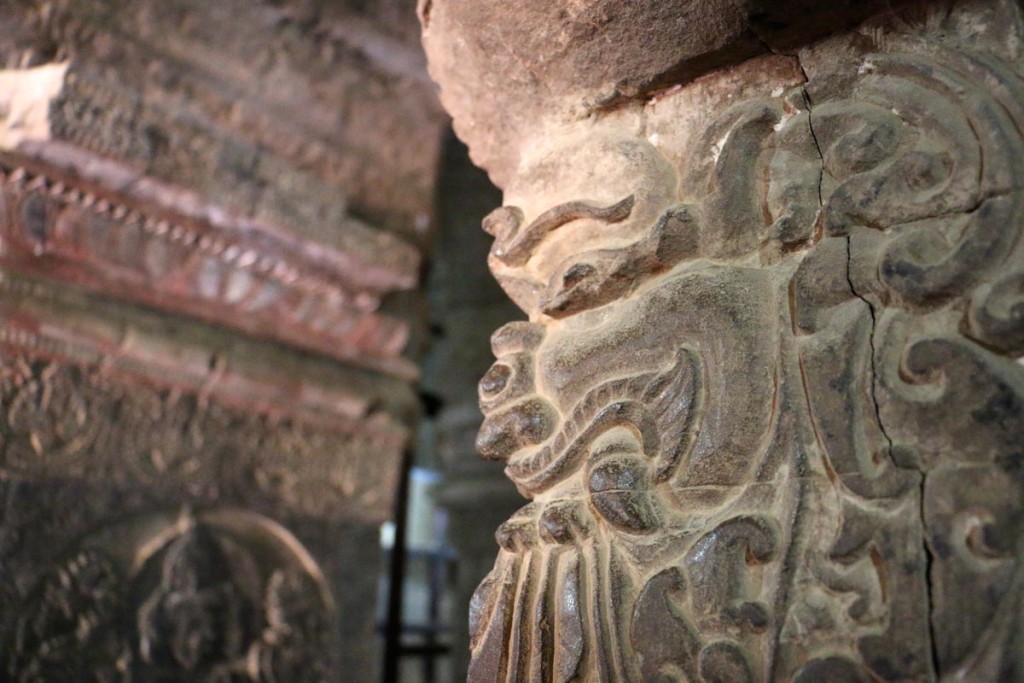 When Buddha realized what his mother really was, he was angry and ran away past the boundaries around his city where his mother could not go. The ogress died, and Buddha realized that even though she had been an ogress, she was his mother and he loved her. (Love your mother, boys and girls.)

Another of the most common depictions is of the story of the “four passing sights” where the prince who would become the Buddha saw an old man, a dying man, a sick man and a holy man upon leaving his royal palace. He realized the inevitable suffering of mankind and decided to search for the answer to this suffering, beginning his path to enlightenment. 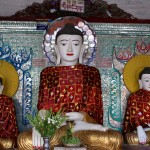 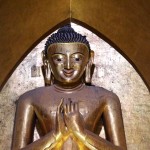 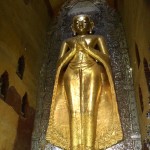 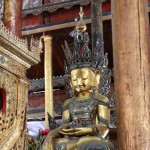 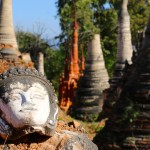 The changing face of Buddha himself across Southeast Asia is an interesting thing to see and something I look forward to in Vietnam and Cambodia. Chinese Buddhas have a round face and almost no neck and sometimes the standing statues have incredibly ornate robes and even crowns. The Indian Buddha wears a very thin robe through which you can see his knees. He also has a third eye in most cases. 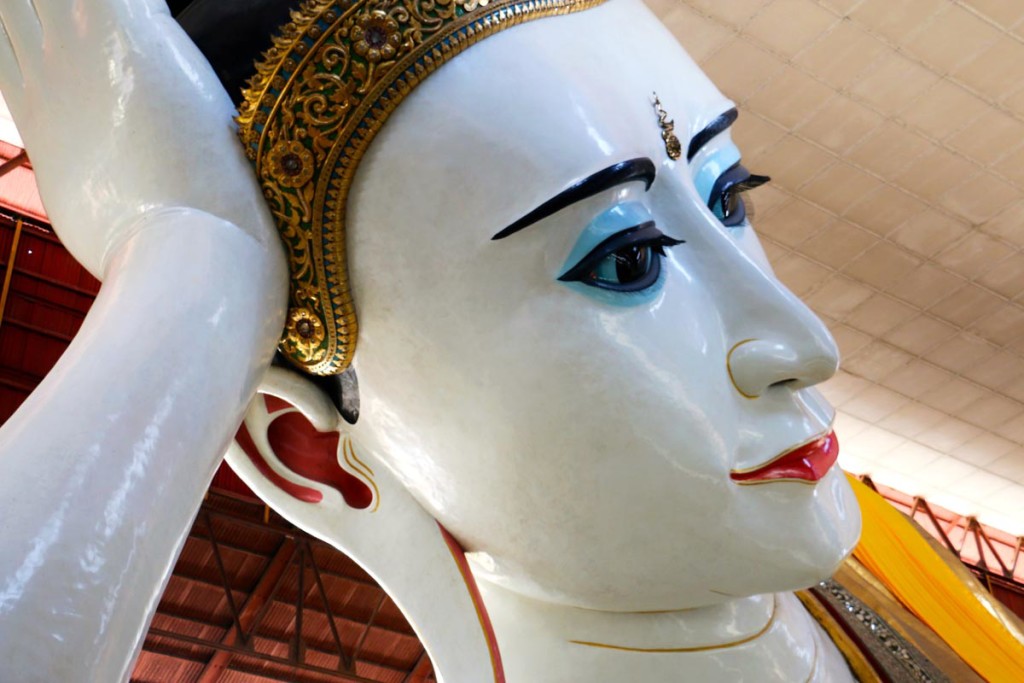 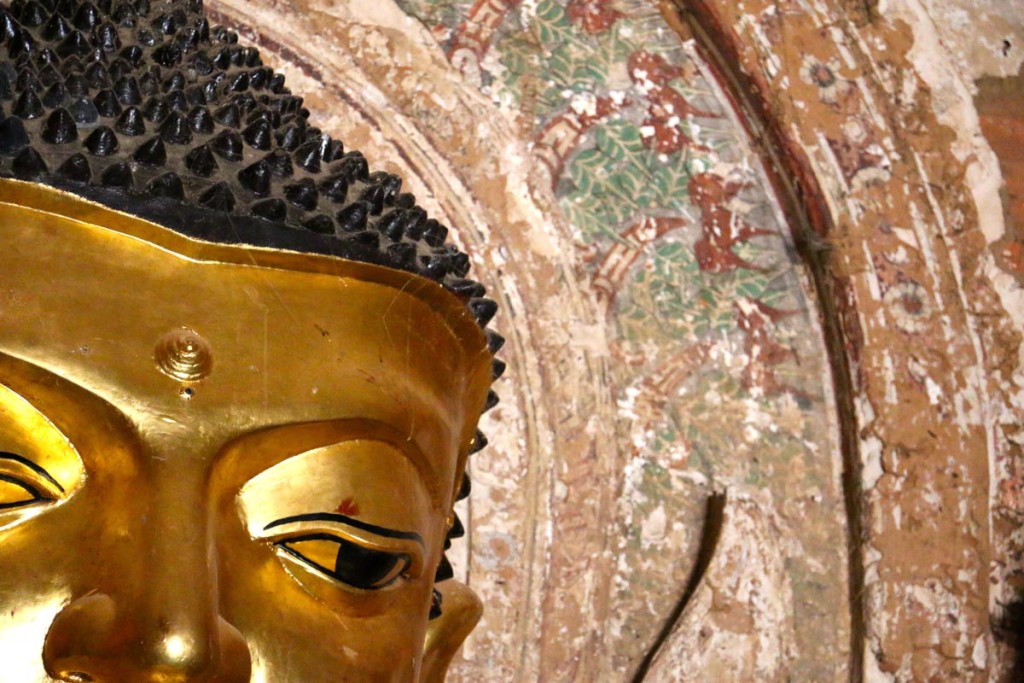 In Thailand and Myanmar, Buddha always has a top knot and wears a simple robe. In Myanmar, it is believed that Buddha is still alive which is represented by his red lips. Another distinction there is that Buddha is represented with eyebrows and the monks do not shave theirs. (In Thailand, monks shave their heads and eyebrows.) All these styles can be seen sometimes in a single temple in Myanmar. The merging of cultures and religions creates a colorful mixture and an opportunity to learn about the differences between them. 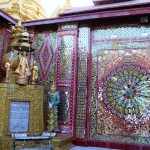 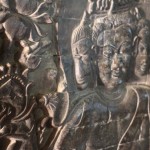 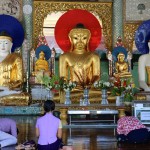 When you visit Bagan especially, keep an eye out for the stories told on the walls and notice the differences in the faces of Buddha, the styles of the temples and the common images that appear again and again. This beautiful artwork in temples provides a glimpse into the history of Myanmar and the development of Buddhism there. Pay attention to the images and what they can tell you about the country and its people. 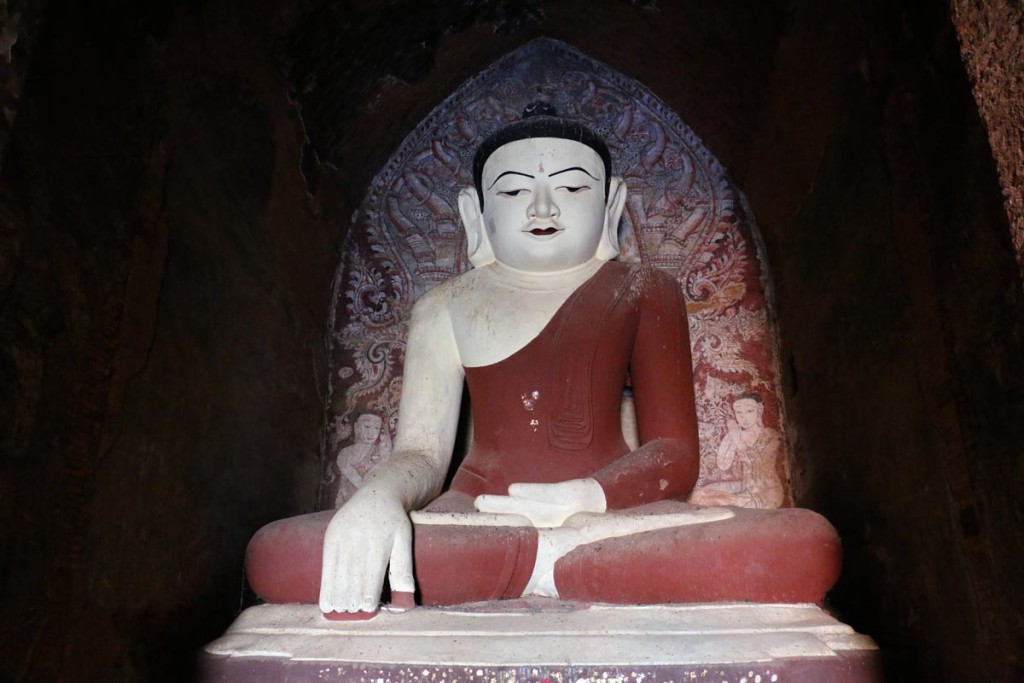 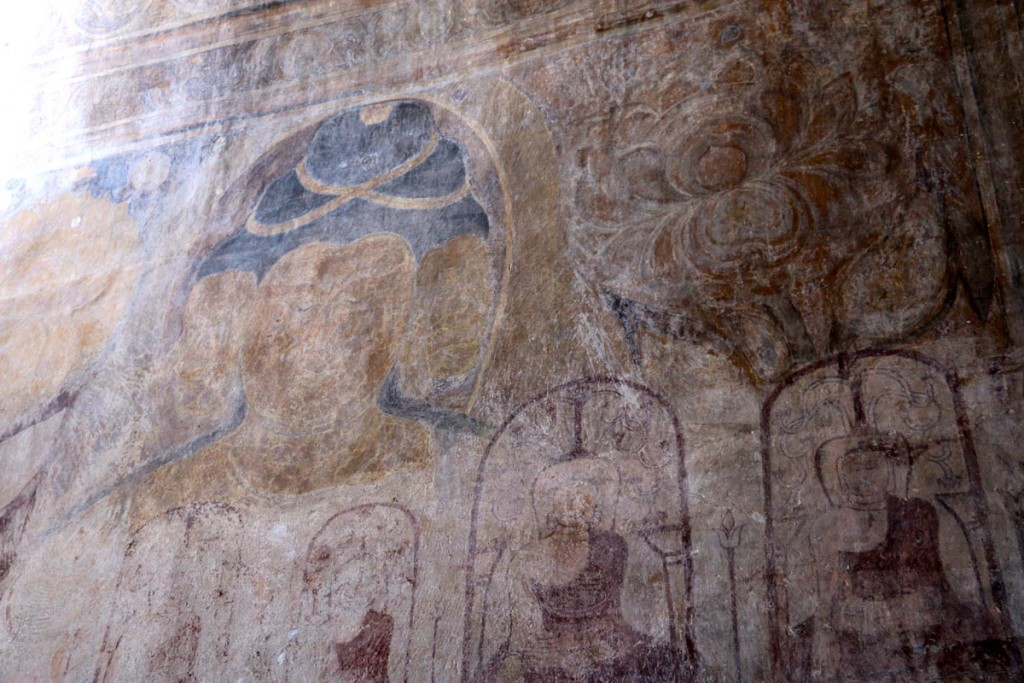