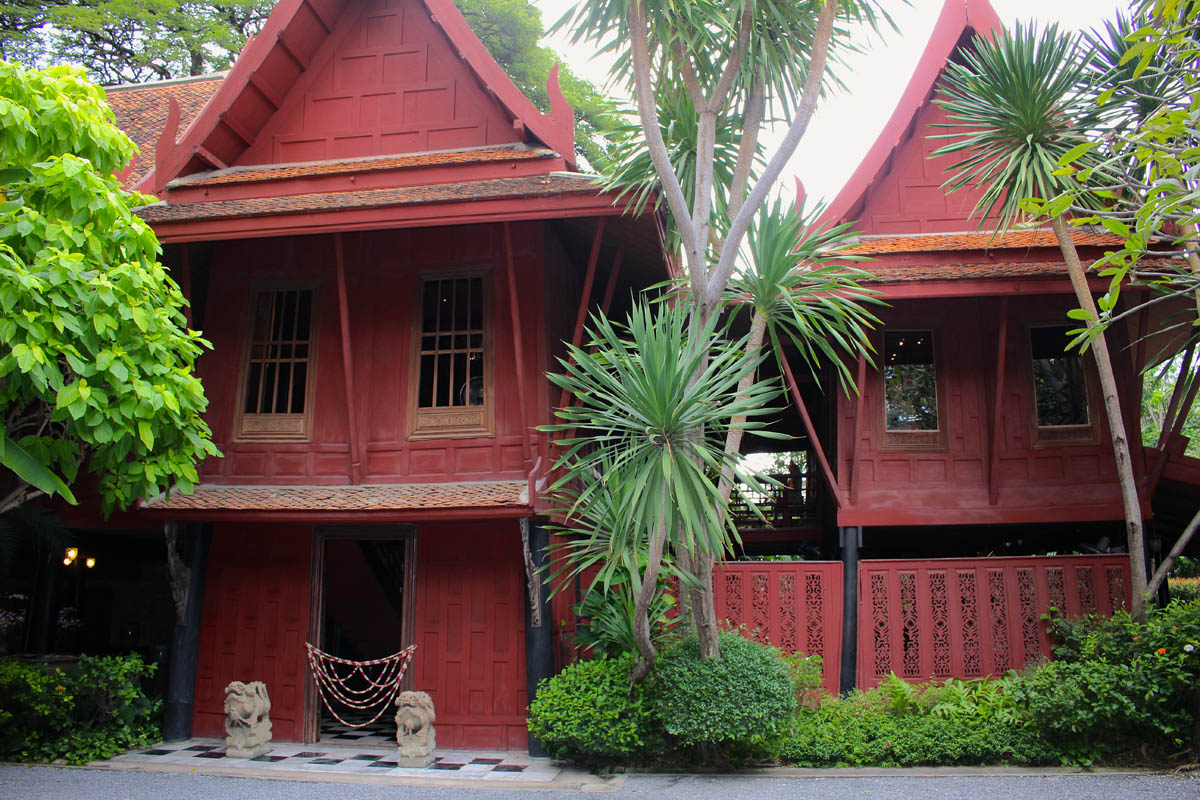 The disappearance of American architect and entrepreneur Jim Thompson transformed his home into a place of wonder and secured his spot as a modern legend. The Jim Thompson House is the former residence of the “Thai Silk King” and has been converted into a museum. Thompson fell in love with Thailand after visiting with the military and decided to remain in the country permanently. His respect for traditional Thai artesian silk and his faith in the industry led him to found the Thai Silk Company, giving Thailand world-wide recognition for its product. In 1967 he disappeared while on holiday in Malaysia without a trace and the situation is still a complete mystery today.

The Jim Thompson house is a unique assemblage of six traditional Thai houses, brought to the site from other towns and joined together according to his original designs. Windows were turned into doors and smaller houses into bedrooms. The resulting mansion, made entirely of teak, is a beautiful combination of traditional details and modern furnishings.

During our visit, we took a guided tour of the property and learned about several features we would have otherwise missed. Traditionally, Thai houses have raised portions in the bottom of doorways to prevent evil spirits from following people through them, since they are believed to only be able to travel over flat surfaces. They take some getting used to and tend to trip humans as well as ghosts.

If you have ever visited Thailand, you may have noticed small houses that look like tiny temples or shrines on most any property. We have seen them at gas stations, homes and hotels. These are spirit houses, built as a new home for those spirits who lived in the ground before the structure was built there. Offerings of fruit and flowers are made frequently to appease the displaced spirits.

Thai buddhists put a lot of faith in numbers and often seek advice from monks before making significant life decisions in order to make the decision on a date that will bring them good fortune. Thompson started building and moved into his house on dates that were meant to be lucky for him. It was also determined that at age 61 Thompson should be very careful. That happens to be the age at which he disappeared.

Not all features are influenced by the supernatural. Thai houses are built on stilts to protect them from floods. Windows are wider at the bottom than the top for structural stability. Those raised slats at the bottom of doorways aid structure as well, and keep babies in as a bonus.

Thompson did stray a bit from total tradition. By splicing several houses together, he made the corridors and stairways indoors while they are usually on the outside. Intricate carvings that were put on the outside of window frames to show the affluence of the house’s occupants were turned around to face into his dining room.

Besides the architecture, Thompson’s collection of antiques from Thailand and surrounding countries add history and interest to his home. There are images of Buddha so old, the features on the face are completely worn down. He even has one statue missing its head and a hand – the work of looters. There are paintings of Burmese kings and drums made into lamps among beautiful hand-carved tables and screens. 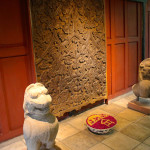 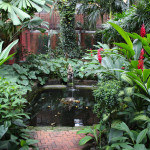 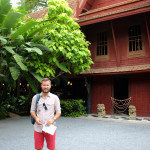 I found the architecture and history of the house itself much more interesting than the silk, but there was a silk loom and a diagram of the life of a silkworm under the house as well. Overall, a very educational experience about Thai life and architecture and not just the silk trade. If you get a chance to visit, make sure you take the tour.