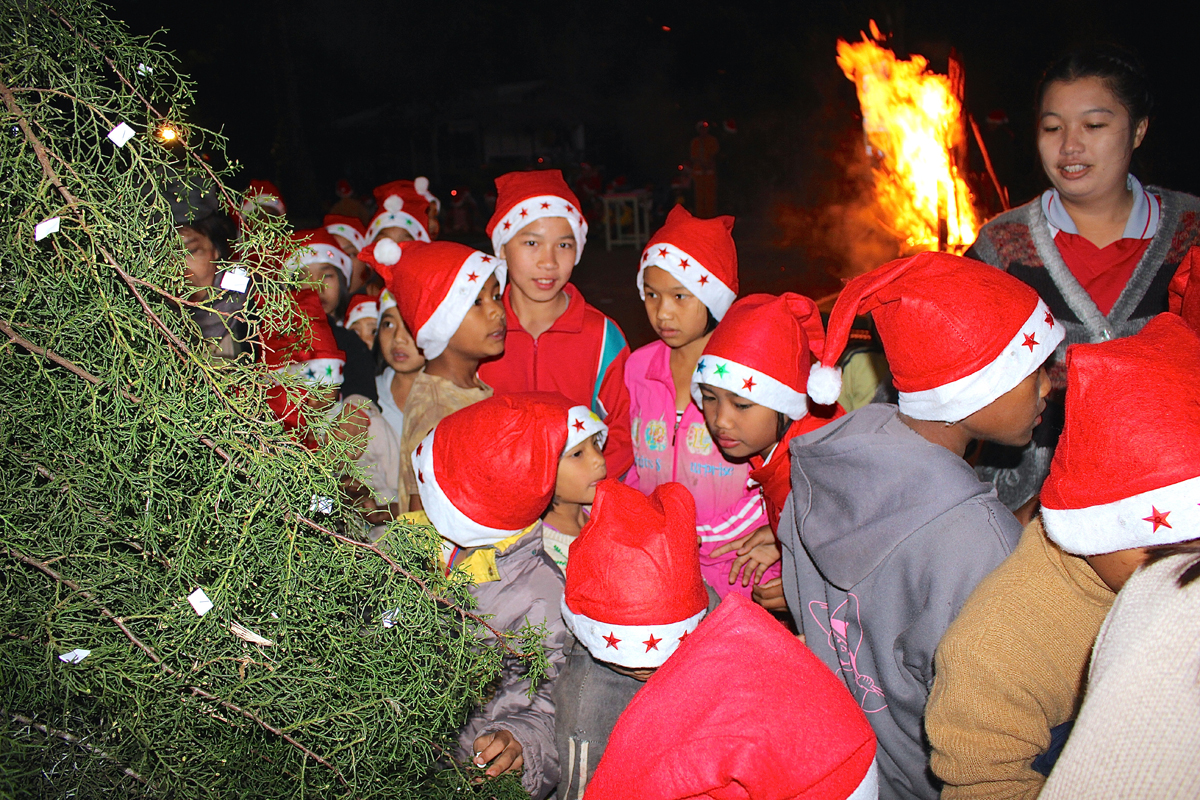 Part of our volunteer trip to Mae Hong Son, other than the eye clinic, was joining the kids and staff for a dinner and celebration. On Christmas night, we headed to the remote school that has been working with Toys for Thailand and is home to the children for most of the year. This school has become a model for schools with similar structure and with the help of its administrator and the volunteers at T4T has completely transformed in the past 10 years. Although far from perfect, it is inspiring to see the efforts that have been made to give these children a better life and a brighter future. 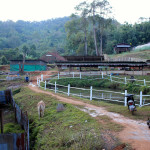 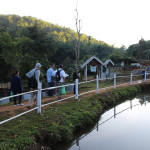 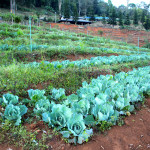 Where once the children ate nothing but rice and handfuls of MSG, they now have a self-sustaining farm where they grow their own rice, vegetables and now have farm animals. We walked down around their small fish pond where a few cows were grazing peacefully. The school has also begun a pig farm to raise money. When the pigs saw us coming, their high-pitched squeals became deafening and they shoved their noses above their stall doors hoping for food. The farm grew even noisier when the flock of chickens picked up the din and started poking their heads out of their fence to get a look at us. 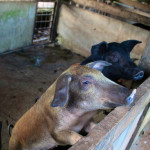 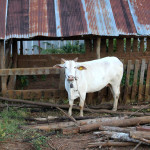 Manure and by-products from the rice are used to fertilize the crops and feed the fish. Rows of vegetables are planted on a steep hill that stretches up from the farm to the children’s bunk houses. They even have an herb garden enclosed in a makeshift greenhouse. It is a model they are still improving, but clearly a successful one so far. The children are learning useful farming and gardening skills, as well as learning how to take care of themselves and make use of everything they have.

After we toured the grounds, we gathered on the basketball court for dinner. The children all got light-up santa hats and picked random numbers that corresponded to wrapped presents set out for them on a table. All ages from six to 16 were delighted to receive stuffed animals, socks, and toys. As we ate, different groups stepped up in front of a bonfire and performed dances to popular Thai songs. Some of them even wore coordinating outfits.

It was cold out and the children shed their layers just long enough to show off their outfits for their dance and then hurried to put their coats back on. Meanwhile, the westerners, who were much more bundled up to begin with, huddled as close to the bonfire as possible. 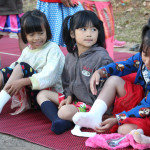 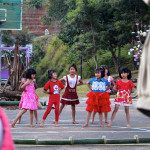 Just when everyone was getting a little too cold, Sasha, the founder of Toys for Thailand got on the mic and told everyone to dance in order to warm up. “Get the party started!” she yelled and dance music blared from the speakers. It must have been every single child’s favorite song because they all screamed in unison and started to dance. Soon, a sea of Santa hats was bobbing up and down and it was hard to tell who was having more fun, the adults or the kids.

A congo line formed made up of little kids, teenagers, teachers and volunteers and snaked around everyone jumping up and down to techno music. It was like a sugar-fueled Christmas-themed rave. We were standing on the sidelines enjoying the festivities when a little girl grabbed my arm and dragged me into the thick of it to get me to dance. No one was safe. It was such a happy way to spend Christmas and we were thankful to be part of such a great effort to make a better life for these children. It’s encouraging to see such incredible progress that is a direct result of motivated individuals, fundraising organizations and volunteers working together to support a worthy cause. 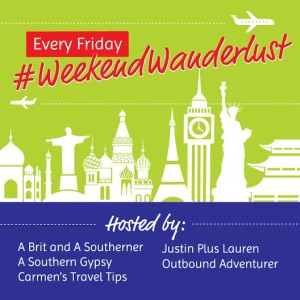