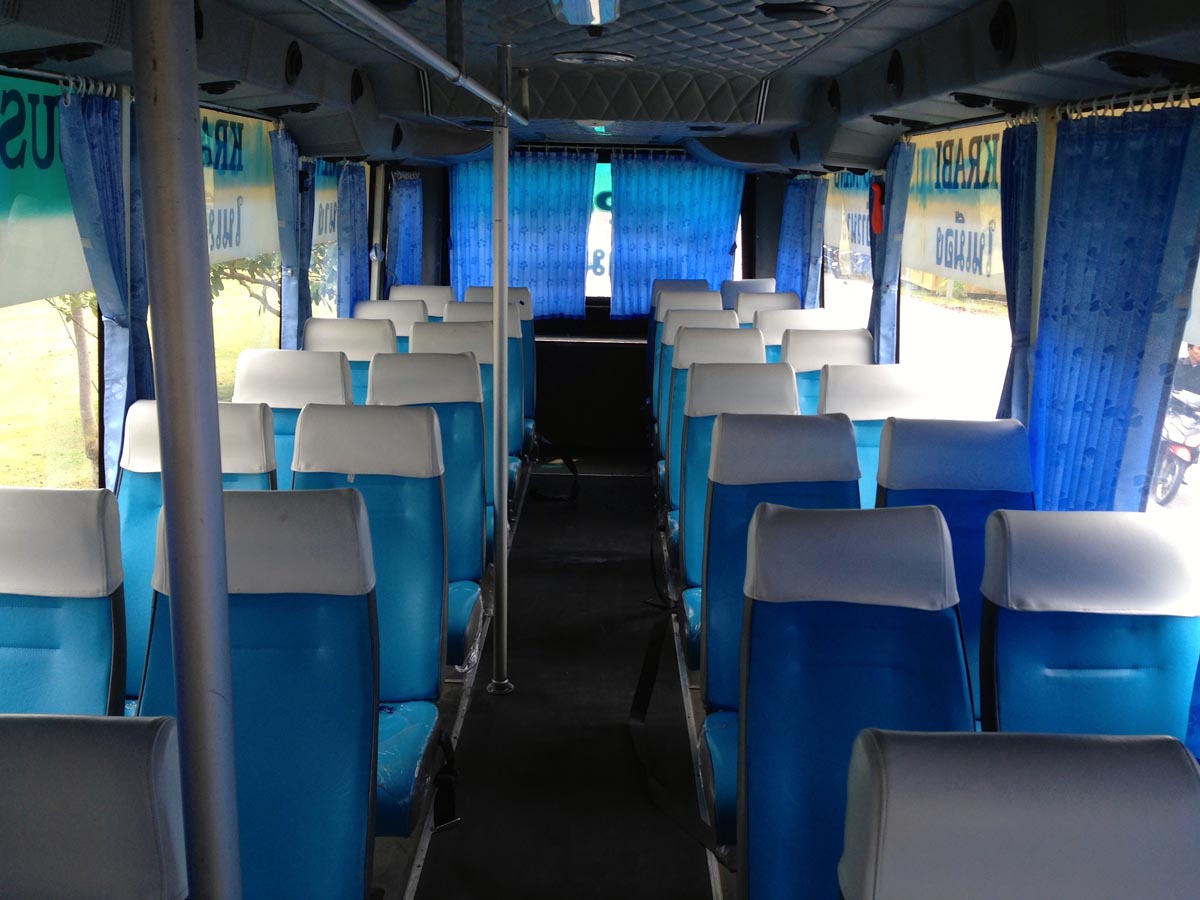 We flew in to Krabi airport and didn’t know at the time that only private taxi and bus companies operate there. We figured we would walk out to a taxi line and hop in the next one, like we do at pretty much every other airport. Getting to from the Krabi airport to our hotel proved to be quite different, however. In short, you either have already arranged pick-up through your hotel or you have to hire a car, rent a car, or take a shuttle bus. You won’t be able to catch a metered cab, so you only have the option of a few set fares.

We thought we’d save some money and chose to purchase a ticket on the Krabi airport shuttle bus. Then the headaches started. We were told we would wait 15 minutes for the bus, but we waited for 40. We were told that the bus would take us to our hotel, but it actually dropped us off at a “bus stop” which happened to be a tour operator’s office where we “had to wait ten minutes” so they could try to get us all to buy tours. The cars we were supposedly waiting on were sitting right in front of us the whole time.

No one on the bus ever knew what was going on. The first bus we got on (after 40 minutes of staring at it from a bench on the side of the road) didn’t fill up for a while so we spent another 30 minutes going nowhere as other passengers clambered on and the driver added their bags to the already precarious leaning tower of luggage in front of us.

When it finally did move, the bus went about 200 meters and stopped next to another bus. What are we doing? After some weird and not at all helpful hand motions we realized we were to unload with our bags and get on that other bus, which was pretty much full. Luckily we snagged a seat, and didn’t end up as one of the unlucky ones standing in the isle.

The crowded bus stopped first in Krabi Town and pandimonium ensued as people started yelling out names of various hotels and asking if this was their stop (everyone believed, as we did, that they were to be taken directly to their hotel). We learned our stop in Ao Nang was next and then the bus would continue to Railay Beach. 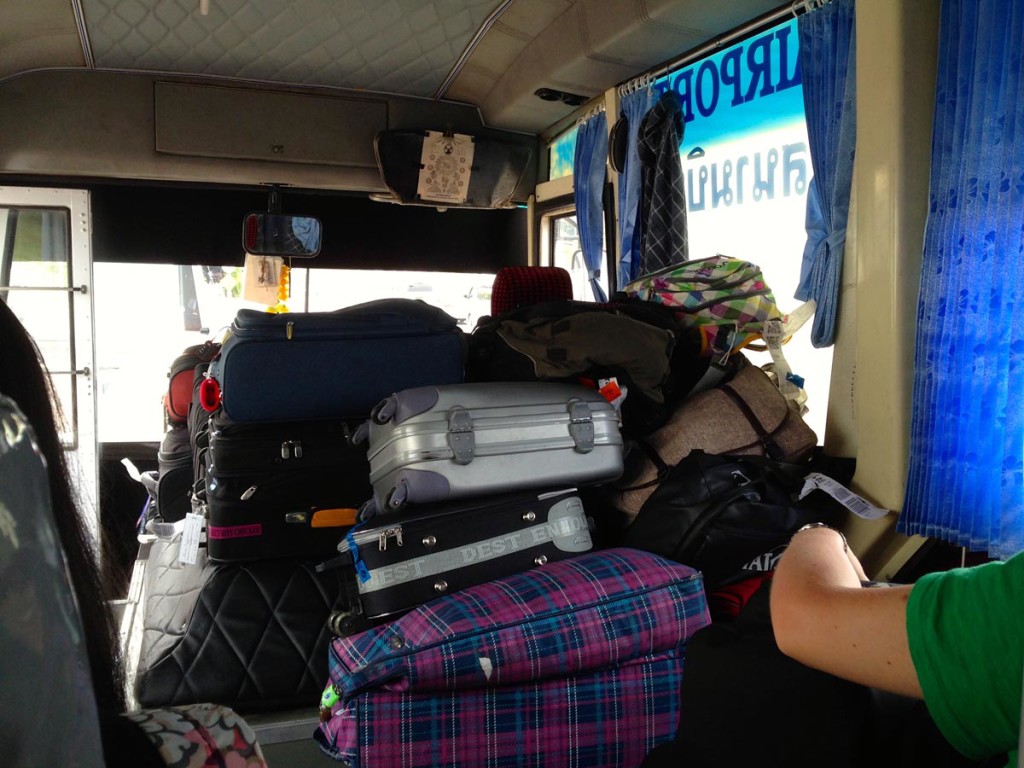 The bus stopped again on a dusty road in front of a tour operator office. We retrieved our bags from Mount Luggage behind the driver’s seat and cautiously exited the bus, wondering if we would ever actually make it to the resort. There was nothing else around so we had no option but to sit there reading trekking and snorkeling brochures until they decided to let us go. After about 15 minutes, we hopped into a songtaew marked with random information for an elephant tour. Thankfully this truck took us right to our resort and we were finally settled. The driver got out of the car to watch us struggle with our luggage and seemingly hovered for a tip (HA!), and then went on his way to the next hotel.

The entire trip took more than two hours and cost 150 baht each. If we had to do it again, we would take a private car for 500-600 baht and get to the hotel in about 35 minutes or arrange airport pick-up through the resort instead. If you’re strapped for cash and don’t mind spending the extra time in transit, the airport shuttle bus won’t be so terrible if you know what to expect, but we just wanted to get the beach, dammit!