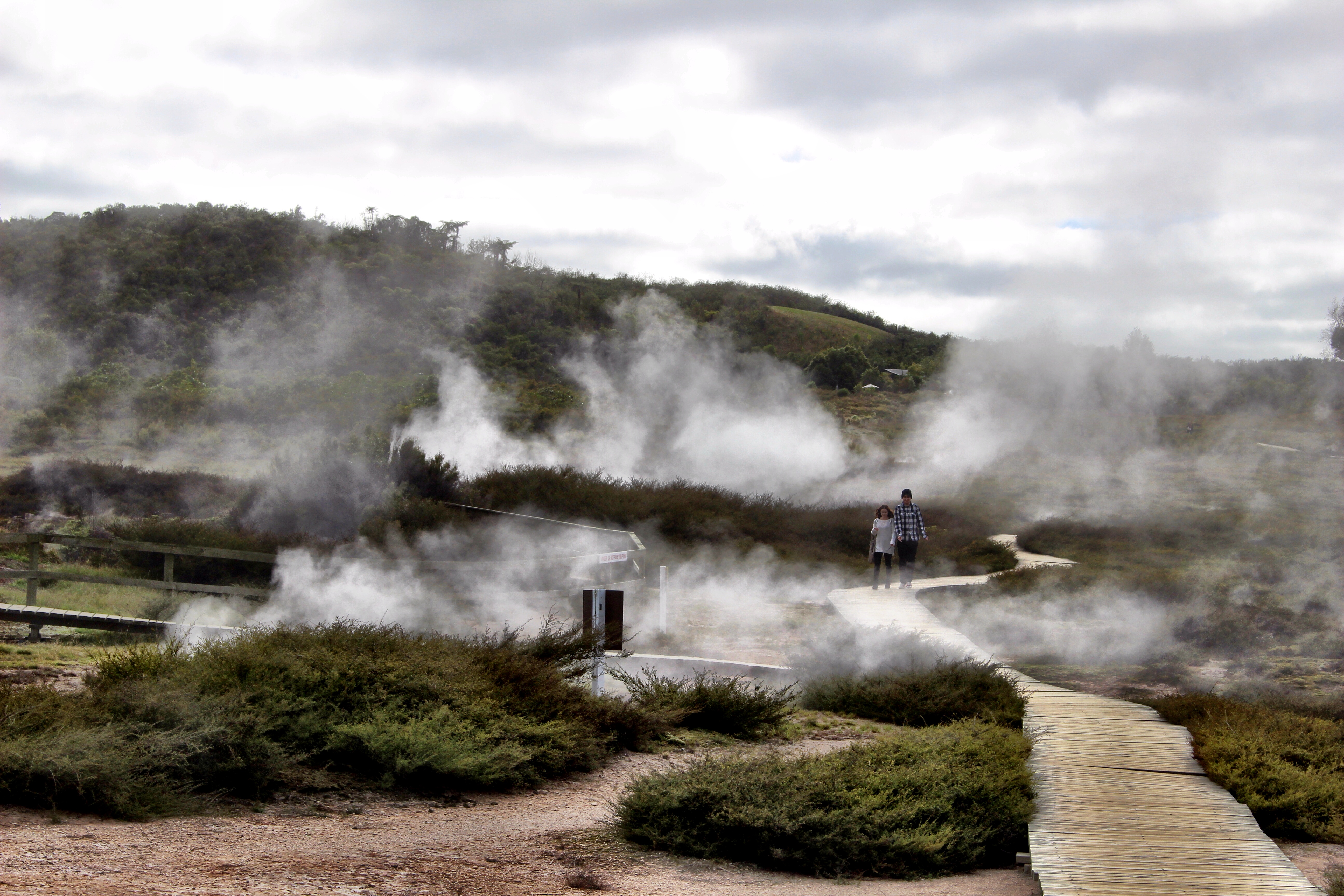 New Zealand: Craters of the Moon

As I walked down the path into the craters of the moon I watched in awe as the wind threw wisps of steam from the billowing thermal vents into spirals. I could hear boiling mud in the distance as I ventured further into nature’s sulfurous spa.

The Craters of the Moon is a must-see geothermal field close to Taupo, New Zealand on the North Island. Wooden walkways have been constructed over the hot soil and vents so that visitors may safely pass through the field and view the various craters and heat tolerant flora.

With the slightest shift in the breeze, erie steam clouds move across the field, engulfing visitors and swirling around them. 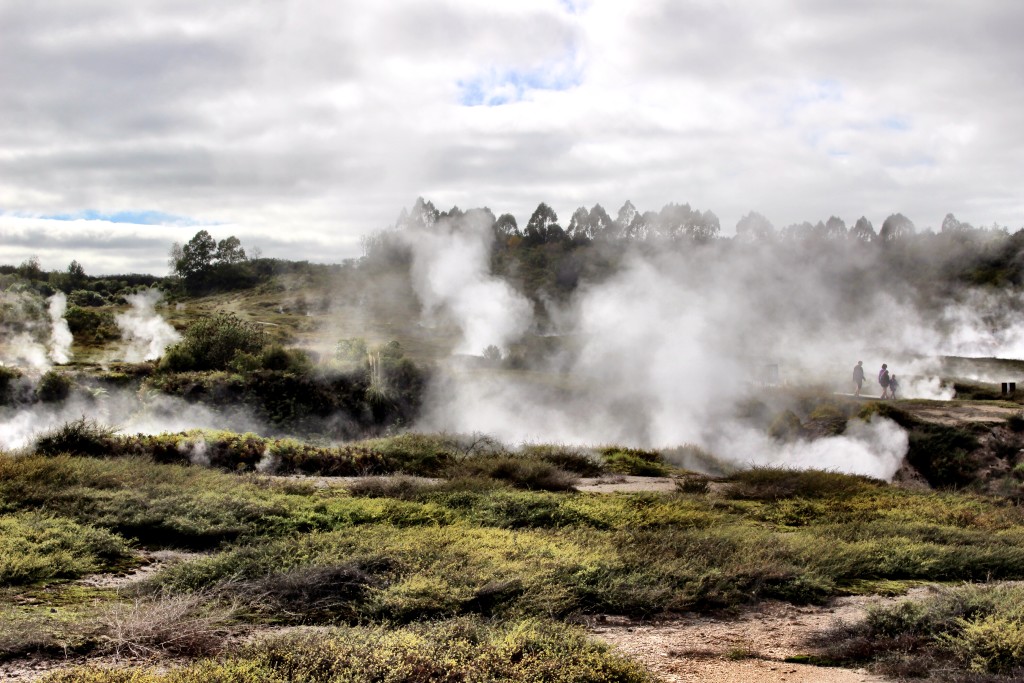 After construction of geothermal power stations in the 1950s, the underground water level lowered and the land began to heat up and emit steam. Boiling craters of mud opened up and thus the geothermal phenomena of the Craters of the Moon was born. 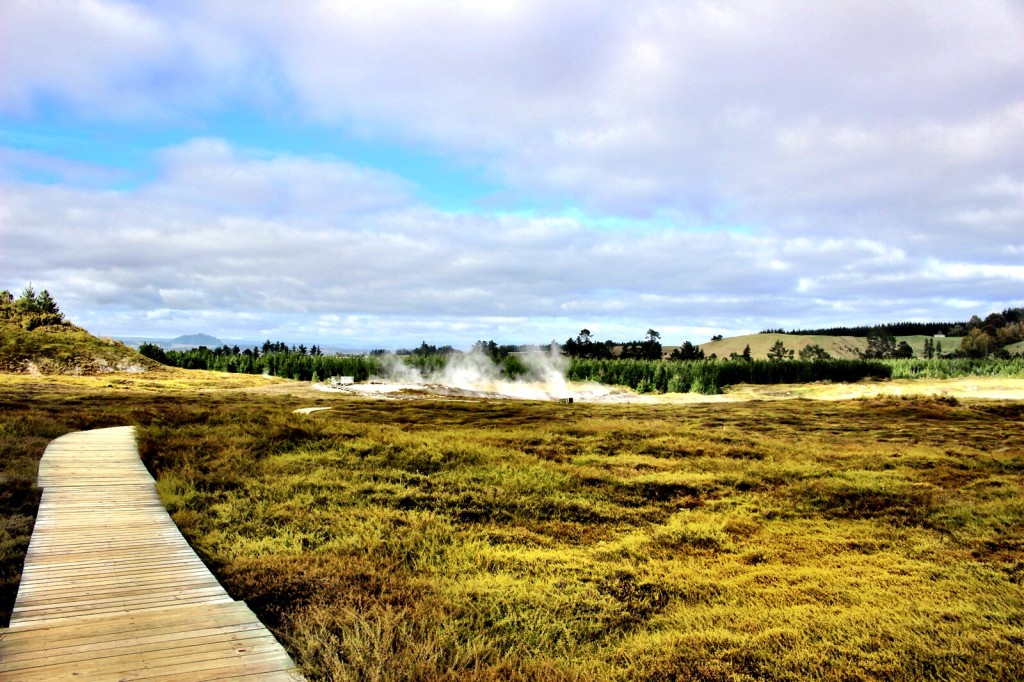