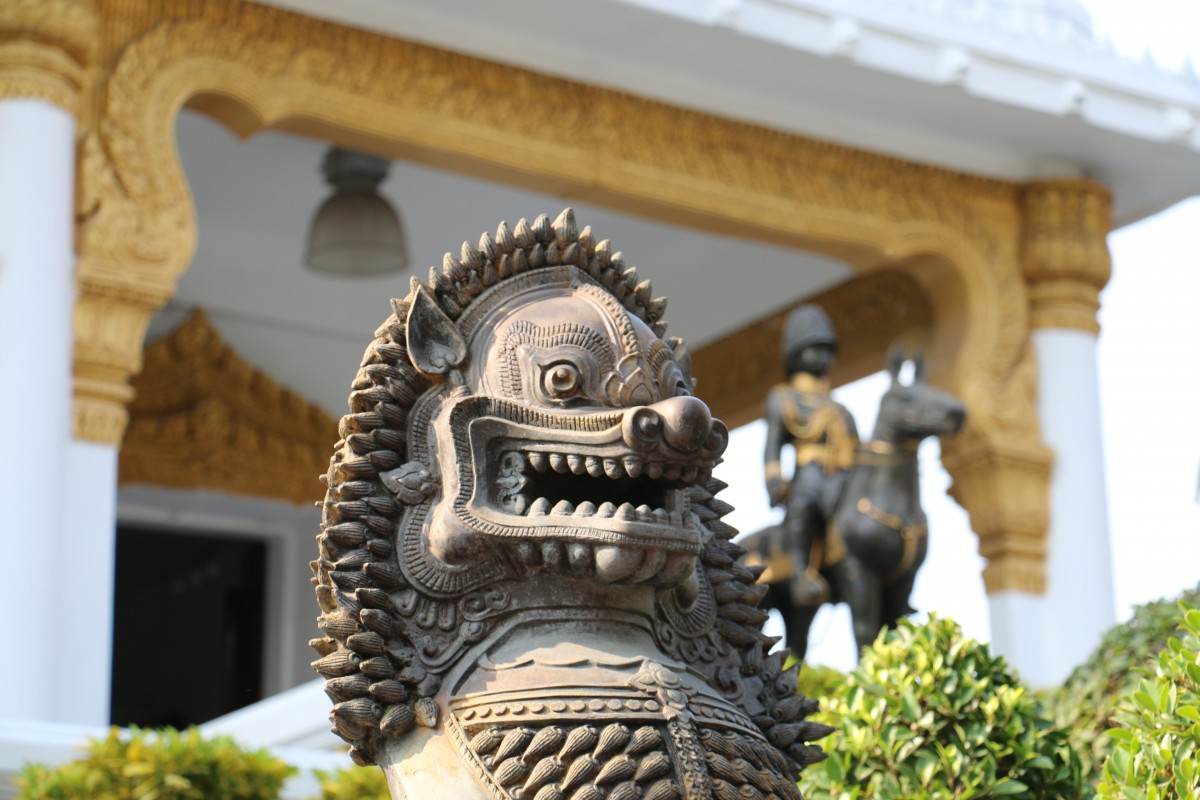 What Not To Wear In Southeast Asia

Many people come to the region and all they think of when wondering “What should I wear in Southeast Asia” is “It’s hot.” Well, it is hot, and often humid, but it is also conservative. We know the heat can be intense, and we are sweating, too, but it’s no excuse to be disrespectful. In big cities and places where tourism is a major part of the economy, locals are accustomed to seeing people walking around in booty shorts and barely there tank tops (I’m referring to men and women here), but does that mean it’s OK?

In some places like temples and holy sites, you won’t be allowed to enter if you are not properly dressed. Everywhere else, the most punishment you’ll receive is stares and whispers, but that doesn’t mean you should insist on wearing your skimpiest outfits in the name of style or even keeping cool. News flash: covering more skin can actually help keep you keep cool by protecting you from the sun. Customs surrounding clothes vary from country to country and city to town, but there are some general guidelines to keep in mind while traveling in Southeast Asia. We’ve seen some jarring travel blunders during our time in the region and think maybe we should discuss what not to wear in Southeast Asia. 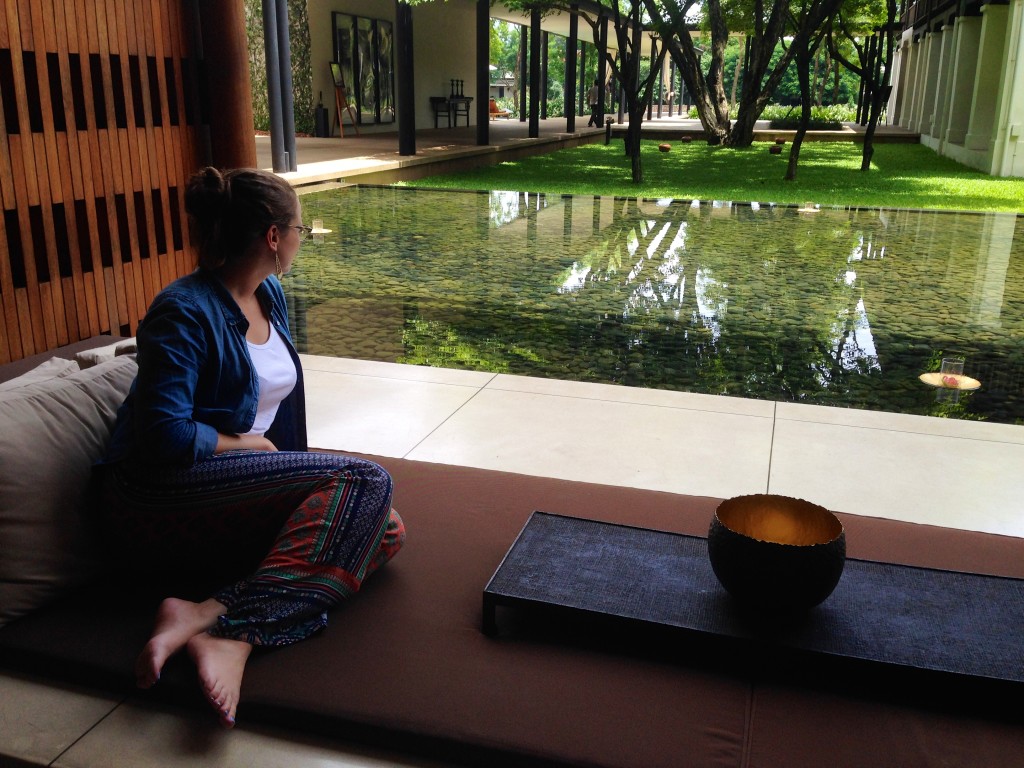 In general, locals don’t really wear shorts. Let’s take a moment to be realistic about shorts here. Not all shorts are created equal, and if you read that they are ok for a certain destination (Thailand, Vietnam), take a moment to really be honest with yourself and decide if your cut-offs that show half your butt cheeks are really going to be acceptable. In some big cities like Bangkok or tourist centers like Chiang Mai, shorts are totally fine. For most Thai temples, you can wrap a scarf around your waist like a skirt before entering to make your shorts acceptable. Shorts for men are much more common throughout the region, but they are always about knee length. Sorry, bros, leave your Chubbies at home. I recommend sticking to your more conservative pairs and thoroughly researching your destination. Reading “shorts are ok” doesn’t necessarily mean your favorite pair fit the bill. Consider your activities as well. If you’re going to spend most of your day exploring temples, just wear something that’s suitable for such places. It’s better to be safe than disrespectful.

In beach cities, shorts and tank tops are fine, but keep in mind that most locals don’t even take their clothes off to swim. Bikinis and swim trunks are the norm in popular tourists spots like Phuket or Ha Long Bay, but if you are hanging out with locals or venturing to a more rural swimming spot (like a waterfall or local swimming hole) consider keeping a t-shirt on over your suit.

In more conservative countries like Myanmar and Cambodia, you should keep your knees and shoulders covered. In Myanmar, women and men still wear traditional longyis (like a long sarong) most of the time with either a button down shirt for men or a tailored silk top for women. While Western style is slowly becoming more popular in Yangon, we did not see a single Burmese woman wearing shorts in Myanmar. There are plenty of loose fitting styles of pants that will keep you cool, or wear a knee-length skirt instead of shorts. Better yet, get a longyi for yourself at any local market.

You’ll need to cover your shoulders to enter most temples, but tank tops are pretty widely worn in Thailand. I wore tank tops a lot in Thailand and carried a scarf in case I needed to cover my shoulders. But ladies, a tank top is not the same as a cami. A good rule of thumb is that if it doesn’t totally cover your bra and bra straps, don’t wear it. We have even seen people wearing tank tops ripped to their hips with a bikini top underneath in the mountains of Chiang Mai. You’re nowhere near the beach, so why not suffer wearing actual clothes for the sake of respecting culture?

The infamous Chang Beer tank top in Thailand seems like a wardrobe staple for backpackers, especially in Chiang Mai. Thais have more formal standards for dress than Americans or Australians and most would never wear a revealing tank top with a beer brand on it. Locals, expats and long term travelers will roll their eyes at you, but if you must fit in with the elephant pants-wearing crowd there’s nothing we can do to stop you. (But we reserve the right to sigh at your silly outfit.) If you can’t resist temptation, save your beer tanks for the beaches and the bars (or your home country), and don’t take them anywhere near a temple. Locals may also give you more respect if you are not wearing ripped or dirty (even intentionally) clothing. I love a pair of distressed jeans as much as the next girl, but Cambodia or Myanmar, for example, might not be the best place to wear them.

Remember that ruins of temples are still holy places. In Bagan, hundreds of temples are crumbling and some stupas are barely recognizable, but many of these still contain images of Buddha with fresh flowers and offerings. Even a Buddha image without a head and hands is respected. Remember that when you are visiting these places, you should respect them the same way as you would a fully functioning temple. Remove your shoes and hat and keep your knees and shoulders covered.

Covering up is especially important for memorial sites. It was shocking to see how many people showed up to The Killing Fields of Choeung Ek in Cambodia in super short shorts and crop tops. Places like this are somber, upsetting, and very much revered. You wouldn’t go to a formal church or a funeral dressed like that, so don’t disrespect the resting place of more than 8,000 people with an outward display of your indifference.

Even if something covers your knees and shoulders, if it is super tight it could also be considered inappropriate. Leggings are not allowed in some temples and don’t count as covering your knees unless worn under a dress or skirt. They are a great travel accessory for a little added warmth or to make a short dress or tunic a little more conservative, but unless you’re headed to the gym or working out outside, leggings are not pants. Leggings are not pants in any country. Don’t wear leggings as pants.

There’s no excuse for getting kicked out of an establishment abroad because of your inappropriate dress. Clothing is an amazing form of self expression and as Americans, we are lucky to live in a place where we can pretty much wear whatever we want. But it is because clothing is such a form of self expression that it is so important to cover up when necessary. By ignoring these standards and dressing in a way that is most comfortable or easy for you, you are making a statement to the locals around you that you do not care about their culture nor do you respect them.

So, while traveling in Southeast Asia, dig through your closet to find your modest apparel. I promise you won’t melt.