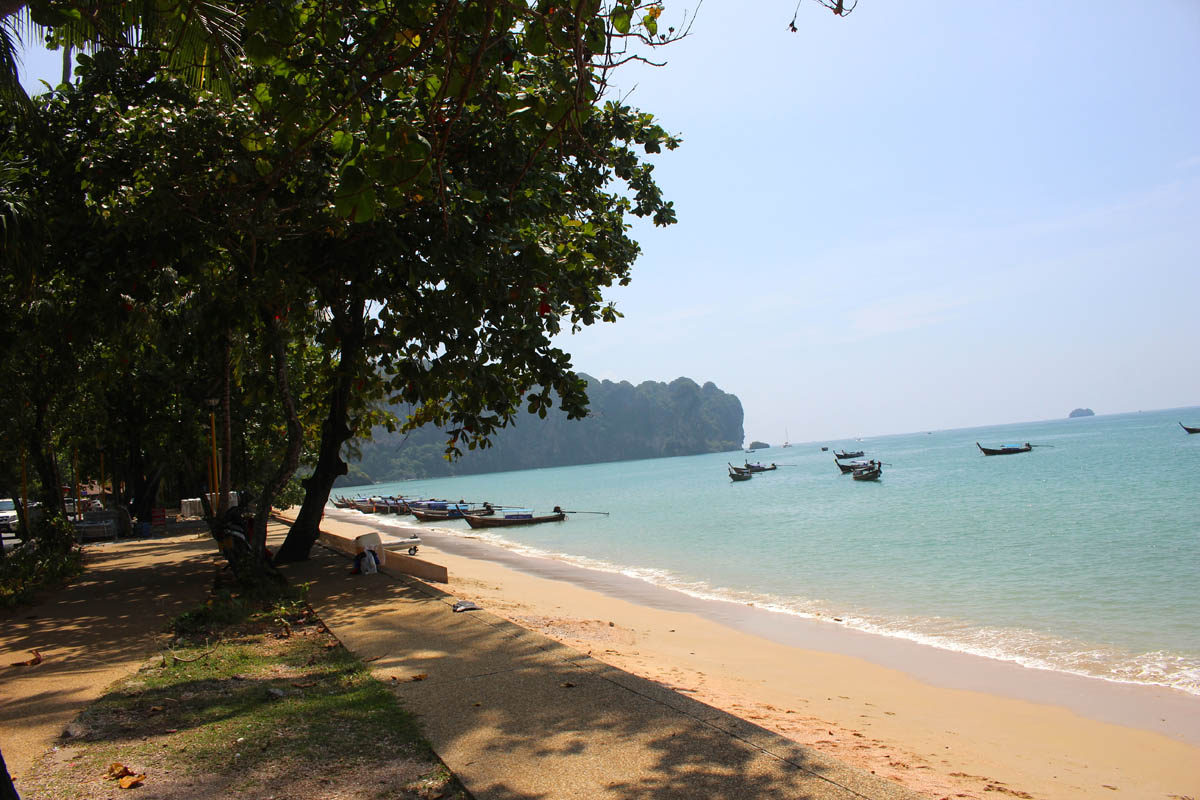 Our trip to the south of Thailand brought us to Krabi and Phuket. We dove at Koh Phi Phi and got to visit the beautiful beach of Hong Island while no one else was there. We took a tuk-tuk up to see the big Buddha and we stayed at some amazing and beautiful hotels and resorts. It was great to see a completely different part of the country. It was different from Chiang Mai in every way from the landscape to the attitude to the available activities. We were thrilled to trade the mountains for the sea for a few days and we had high expectations.

Talking to friends prior to our trip was interesting for a few reasons. Everyone said that Phuket was crammed full of horrible tourists and some said to avoid it altogether (little did they know it was already part of our itinerary). Everyone raved about the islands, and everyone loved the longboats. Some said Krabi was boring and some said it was paradise. We were interested to see how we would like it and we were pretty close with our predictions.

Krabi was beautiful. The town of Ao Nang was crowded to the point of feeling lively, but not exhausting. The beach was flanked by sheer cliffs, and it was here we had our first run-in with monkeys! We weren’t even expecting to see them when we walked out onto the beach, and I definitely wasn’t expecting one to launch itself onto my leg. We watched them for a long time and saw their cute side as well as their aggressive, sneaky side.

Given a choice of scenery, I typically won’t choose the beach, because, while beautiful, aren’t they all pretty similar? Sand in different shades of white and yellow and waves in different shades of blue and green. I hate to admit it, but somehow I was a bit underwhelmed when we first stepped onto the sand at Ao Nang. It was cloudy, so the water wasn’t crystal clear, the skies weren’t that perfect shade of super saturated blue, and the beach didn’t stretch on as far as the eye can see (why did I even expect that, by the way). Our second night we stayed a little farther down the coast and the beach there was oily, grimy and gross. Water came all the way up to the street at high tide and the beach that appeared as it receded was more mud than sand. Since when is the Andaman Sea a marsh?

Before I start sounding like a total Debbie Downer, my sense of awe returned ten-fold on our boat rides. And this is why everyone only talks about the islands. Every photo you see from Phuket or Krabi is actually from Koh Phi Phi or James Bond Island or some other remote spot. I was almost annoyed at first, feeling that I had been tricked by social media and tourism photos that made this place seem like a paradise that it just wasn’t quite. Those longboats are so scenic, but you can’t hear their ugly motors through photos, you can’t smell their exhaust and you don’t have to swim out of their way when all you wanted to do was float while you’re reading about how pretty they are.

However, I had to remind myself of that frustration once we had visited an island. Those are paradise and now I understand why the rest doesn’t really matter and doesn’t show up in photos. You don’t even have to step foot on one of the pristine Kohs to get the feeling. I found myself silenced by the sight of islands jutting up in seemingly random places. These, unlike the beach at Ao Nang (which actually is incredible in the sunshine), did stretch on as far as I could see. Most of our boat time was spent in a light drizzle and it was still one of the most beautiful waterscapes I have ever seen.

The second half of our trip was spent in Phuket on the unprotected side of the peninsula. These beaches were larger and longer and where Krabi’s beaches slope slowly, keeping the water at waist depth forever, Phuket’s drop off quickly. The water here was so clear we could always see the bottom. We were swimming for only a few minutes when I turned to Eric and said “I think I like this better than Krabi.” As if someone had been waiting for me to open my mouth, an empty Leo beer can floated by in front of us. Oh. I looked around and saw a couple plastic wrappers, some styrofoam crumbs and a piece of a beach toy bobbing around. I had to move out of the way of the top of a styrofoam to-go container. You never see pictures of trash or mud, but Thailand’s most famous beaches have both. I cringe to think of how much trash is blown and/or thrown into those waters during the busy season.

The tourists were there, but perhaps not the horrible ones. Vacationers don’t really bother me, especially at the beach. Maybe that stems from my never having been anything but a vacationer at the beach, but I find them much more annoying in cities. They never know how to walk. Stand on the right, walk on the left. Get your three kid wide stroller out of my way. Don’t stop in the middle of the sidewalk to try and find a street sign. Beaches are naturally more laid back, and aren’t we all there to sit and enjoy the sun anyway?

The only place we really noticed the tourists was where you really cannot avoid them: resorts. Apparently Phuket is a hugely popular destination for Russians and apparently Russians really enjoy wearing speedos. We also began joking that we must look famous because everyone kept staring at us. I never know how to deal with stares. In America, someone stares at you and you wave your hand in their face accompanied by a very annoyed “hello?!” or “can I help you?” In certain situations it may even feel like a threat, but it is always just plain rude. Moms all over America tell their kids not to stare on a daily basis. Not so in many other cultures where you just have to chalk it up too you look either real good or real funny and just get on with your day.

I’ve never been anywhere I wouldn’t like to go again. You never see all of a place, and Phuket and Krabi were no different. There were museums and aquariums we didn’t visit, waterfalls and temples we didn’t see and mountains we didn’t hike. If I do get the chance to return, I’ll spend half my time asleep on an island and the other half exploring the places farthest from towns. 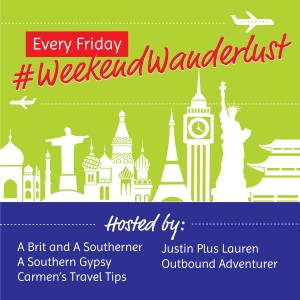