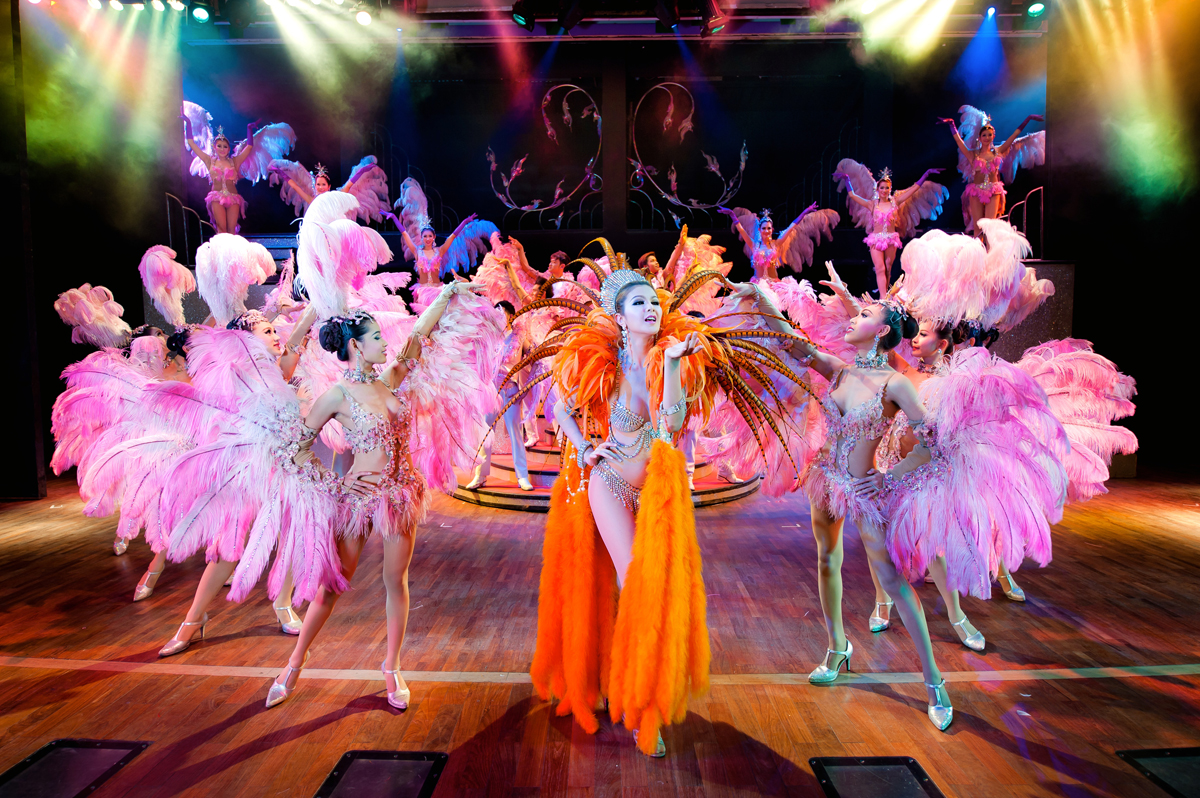 Phuket has earned a reputation as a place to party so it comes as no surprise that they offer some spectacular burlesque and cabaret shows. During our visit, we got to catch a performance at Phuket Simon Cabaret where all the performers are ladyboys (although you might not believe it). The theater is housed in a giant purple and teal building lit up in neon at night.

Their slogan says it perfectly:

You will arrive relaxed but will leave confused as our performers are more of a man than you will ever be and even more of a woman too!

Before the show, we got a drink at the bar at the entrance where the staff seemed to be having a ball. We took our drinks to our assigned seats and settled in, a little unsure what to expect. There is a strict no photo policy, but the entire cast awaits guests after the show for photos at 200 baht each.

See our video of Phuket Highlights with scenes from Phuket Simon Cabaret.

The performance began with an ensemble of the show’s theme song and continued with a variety of choreographed dance and lip-syncing in styles from around the world. During the night we were transported to Korea, Russia, America and back to Thailand through elaborate costumes and sets.

Our favorite number was the Indian dance complete with traditional saris. We were really impressed at the ability of the performers to convincingly take on a number of styles from jazz and pop in skimpy sparkly bikinis with massive wings to traditional Korean in kimonos. A couple of the background dancers looked like they were going through the motions, but the main performers were always incredibly enthusiastic. A number of men joined the ladyboys on stage as love interests and even as slaves in an Egyptian dance. 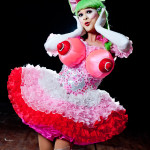 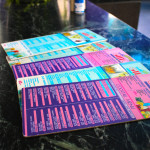 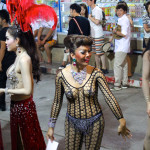 A few solo acts in front of the curtain broke up the grand performances, two of which were interactive and comical. “I’m A Barbie Girl” was sung by a cross dresser with huge pillows for breasts and bright green pigtails. Another chubby performer who appeared later, brought a guest on stage for a seductive dance session. Both made their way out into the audience to leave red lip prints on a few lucky guys’ faces. The third sang a duet with himself in a half dress, half suit costume that was confusing to look at even when we met him after the show.

We went to the earliest showing and the theatre was not full, but as we were leaving there looked to be many more guests arriving for the next one. The later shows will probably have more lively audiences, but if you can only make the early time, it is still great fun. There is no nudity and none of the performances are too risque. Simon Cabaret even labels the performance family friendly.

Poplar Travels was a guest of Phuket Simon Cabaret. Out opinion is always our own.